Organisations are often exasperated by the tendency of media to choose one ‘narrative’, making it challenging to get the other side of the story accurately reported.

One way of circumventing media-driven narrative is to not give journalists the time to shoehorn quotes from an interview into their stories.  A sure fire way of achieving this is a live interview.

We were reminded of this last week with reporting on Wellington’s ‘bustrastrophe’ – a term coined by the media – in particular, reporting on union claims that bus problems won’t be fixed unless drivers are paid more.

It was only when Radio New Zealand did a live interview with a Tramways Union official that the question was even asked.  The union official was at first speechless, and then struggled to answer.  Listeners could hear all this, free of the tendency of print to select only the most comprehensible answer and print it unchallenged.

There’s a lesson here for organisations that feel they’re subjected to an anti-corporate media narrative: consider using live radio to first communicate your side of the story.

The standard PR 101 playbook for handling media is to control your media messaging by sticking to written statements and, as much as possible, avoid live interviews.  But what use is that control if an organisation’s perspective is skewed and evidence is ignored to suit a journalist’s narrative? We reckon it’s far better to cut the middle man out and speak directly to the public.  Next time, cut out the statements and strike first on live radio. That gives you the best chance of persuading your audience.

Another solution is not to worry so much about what gets into print. The public can be trusted to handle complexity and infer what is really going on. Their perspective is more varied and moderate than you would imagine if you simply based “society’s” view on newspaper headlines as your guide.

That is a critically important insight for public relations; organisations must look beyond the noise to their public audience. There they will find people who are fair-minded, realistic, broadly experienced and measured.

It takes some skill and confidence to execute a good live radio interview.  But the upside of communicating directly to people and getting your views accurately portrayed is definitely worth it. 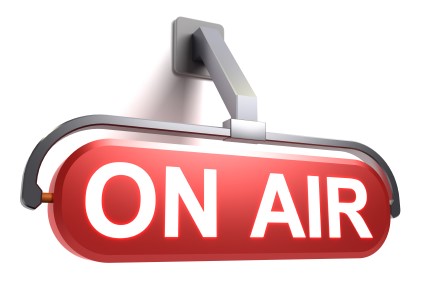