More research has emerged that customers don’t want businesses or CEOs to be social activists.  Last year the American Association of Advertising Agencies found that while brands and their agencies are keen on values-based marketing, the majority of consumers don’t like it one bit.

Similar research this year from Spout Social found that only strong-minded liberals (ie. a minority of the public) in the US claimed to want companies to be active on social issues. No doubt, this audience assumed that companies would take positions they supported.

Underlining these findings, research on consumer behaviour, rather than on their views, shows that values-based marketing plays no role in purchasing decisions.

So why are professionals persisting in values-based marketing? It might be because many of the strong-minded liberals in the Sprout Social survey are also in key roles in organisations.

A 2016 US study by VerdantLabs found that around 70% of executives outside the C-suite supported  Democrats.

It raises the intriguing possibility that values-based marketing is not actually for customers, but for consciences and peers of professionals. 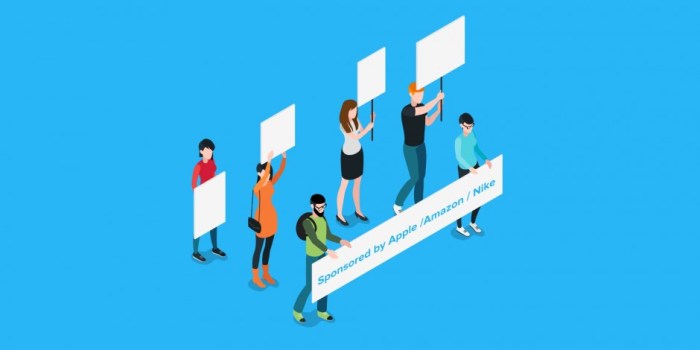